That’s why we’re here to help in the fourth episode, which covers rules eight and nine. These mini-posts go into a bit of detail concerning the rules, so there’s no confusion for you or your students!

Welcome to our fourth post on syllable rules, where FactSumo breaks down each and every rule for, well, breaking down syllables! Syllables are easy to sound out loud, but a little more difficult to write. That’s why we’re here to help in the fourth episode, which covers rules eight and nine. These mini-posts go into a bit of detail concerning the rules, so there’s no confusion for you or your students! Today we’ll be talking about short and long vowels. Many of these rules are a lot easier to understand when you say them out loud, so remember to follow along with us as we sound them out. 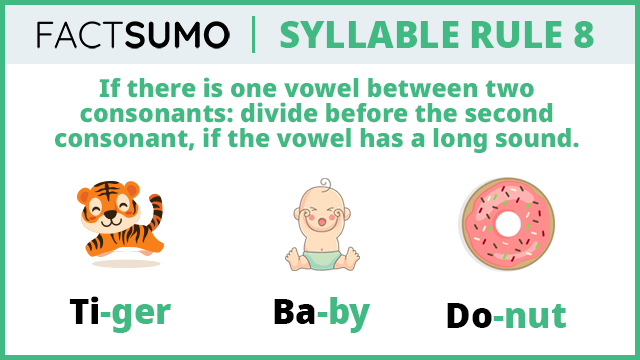 Rules eight and nine deal with long and short vowels. Long vowels usually appear at the end of a word or syllable, and sometimes pair with silent e or another vowel. Long vowels say their own name. Say the words toe, fame, and lie out loud. Notice that when you say these words, the bold letters say their name. In other words, they rhyme with their central long vowel: Toe rhymes with “o”, fame with “a”, and lie with “i”.

That’s all we need to know for this rule. If you recall from rule two, we divided between consonants when they were next to each other. Now we’ll be talking about what happens when consonants surround a long vowel. An example of this would be the word baby. This is a long vowel a, because the letter a is said when saying the word baby out loud. Surrounded by the a are two consonants (in this case, they are both b’s). Let’s follow rule eight, and divide right before the consonant on the right side. The result is: ba-by, a two-syllable word! 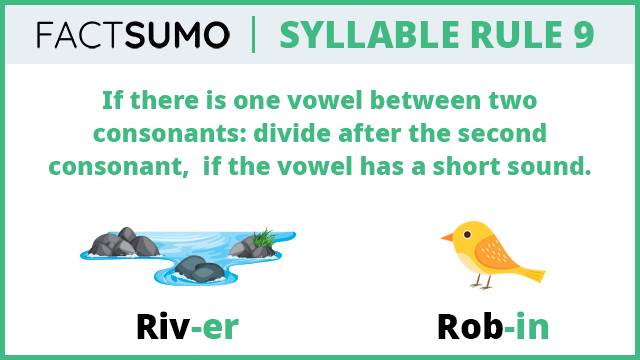 Rule nine is all about short vowels. Short vowels usually have one vowel in a word or syllable. They are often followed by one consonant. Note that short vowels do not make the sounds that long vowels do. So if you hear the letter being pronounced in a word, it probably is a long vowel, not a short one.

Just like rule eight, this rule has to do with consonants surrounding a short vowel. When this happens, divide after the consonant (instead of before, like above). That’s why it’s so important to know the difference between long and short vowels!

A good example would be river. How would you divide this word up? The consonants r and v surround the short vowel i. So, let’s follow rule nine and divide after the consonant. We are left with the two syllable word: riv-er. Easy!

These two syllable rules are tricky, but we hope you got the hang of them! If you’re ready to move on, that’s great! For our final episode, we’re going to talk about rules ten, eleven, and twelve, which have to do with -ckle words. If you don’t think you’re ready, that’s okay too! FactSumo is all about confidence through practice. So look over these rules, play our decks, and practice, practice, practice! See you next time on FactSumo! 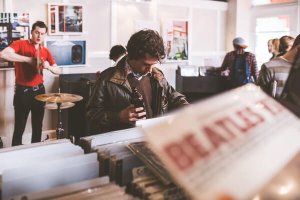 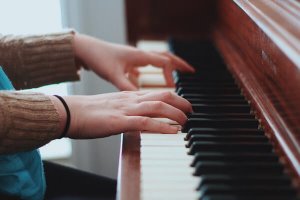 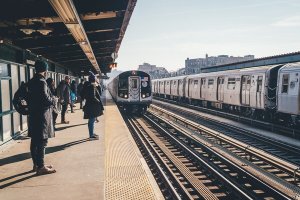 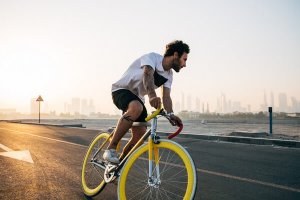 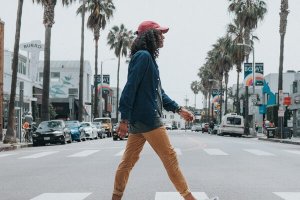