and the creation of the American Flag.

What’s blue and white and red all over? The American Flag, of course!

The United States flag has been around since 1776, but who actually created and designed this iconic piece of history?

Betsy Ross is perhaps the best-known public figure from the American Revolutionary era who wasn't a general, statesman, or president. She is known for having sewn the first stripes and stars on the U.S. flag in 1776.

Betsy Ross was born as Elizabeth Griscom in the colonial city of Philadelphia on January 1, 1752.  She was the eighth of 17 children.  Betsy was raised in a Quaker community and in a family of craftsmen. After attending a Quaker school, Betsy was employed by William Webster who was an upholsterer. In his workshop, she learned how to sew chair covers, mattresses, and window blinds.

At the age of 21, Betsy crossed the Delaware River into New Jersey to elope with John Ross, another apprentice under William Webster who was also the nephew of one of the signers of the Declaration of Independence. John was an Episcopal and because Quakers frowned on inter-denominational marriages, Betsy was expelled from the Quaker church and shunned by her family.

Less than two years after marrying, Betsy and John started their own upholstery shop.  While performing guard duties in mid-January 1776, John was mortally wounded in a gunpowder explosion. Betsy continued running the upholstery business on her own after John's death while also making tents and blankets and repairing uniforms for the Continental Army.

How The American Flag Came To Be
In May 1776, Betsy Ross received a visit from George Washington (he was not yet president by the way) who wanted a design for a flag, to symbolize the new nation. Although Washington and the Continental Congress already had the basic layout, Ross helped to finalize the design.

A few weeks later, on July 4, 1776, the Declaration of Independence was read aloud for the first time at Independence Hall and a new nation was born. Then, the following year, on June 14, 1777, the Continental Congress adopted the national flag in an effort to promote national pride and unity.

The colors red, white, and blue were chosen for specific reasons, and actually meant something. The red stood for valor and hardiness, the white stood for purity and innocence, and the blue stood for vigilance, perseverance, and justice.

The 13 stripes and 13 stars on the original flag represent the thirteen British colonies that declared independence from the Kingdom of Great Britain, and became the first states in the United States.  Today, the American Flag has 50 stars - one star for each of the 50 states of the United States of America.

Later In Life
Betsy remarried, to a man named John Claypoole, with whom she had 5 daughters. A few months after their wedding, the Treaty of Paris was signed and the Revolutionary War was over.  Ultimately, Betsy married a total of three times. Her husbands left her a widow after only a few years of marriage, which was not unusual during wartime.

Over the next couple of decades, Betsy and her daughters continued to sew upholstery and create flags and banners for the new nation. She then spent the last few years of her life in retirement because of her poor vision, with her daughters Susanna and Jane, and died at age 84, in 1836. One of her daughters, Clarissa, took over the shop.

Betsy Ross House
The Betsy Ross House, located on Arch Street in Philadelphia, is a wonderful sightseeing piece of history that anyone can visit. The House is the only site in the country that shows a working 18th-century upholstery shop. You can walk through tiny rooms with narrow hallways and steep stairs, to see what it looked like to live during that time period. You can also take a look at her bedroom, basement, and parlor. 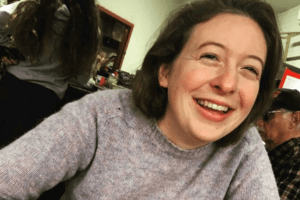 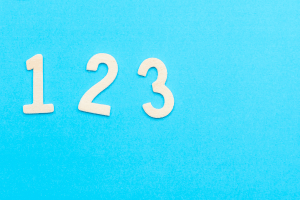 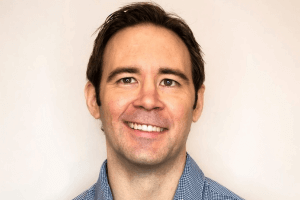