Taking all the opportunities he can to provide a voice for others.

Give it all or nothing

Meet Mike Smith, a cancer survivor turned political advocate for any passion that rears its head. Mike is something of an advocacy entrepreneur, always eager to work on exciting and challenging endeavors.. If it’s the right fit, Mike goes all in. It’s certainly lead to some life-changing moments.

Consider Mike’s current work in the private sector as someone connecting the population with opportunities to own a home. He describes himself as an advocate for the voiceless. “I’ve been lucky personally and professionally working in a political space for progressive issues. I do a lot of cancer survivorship advocacy through athletic fundraising events. I’ve raised tens of thousands of dollars in small-dollar donations to date, which is amazing... to help cancer survivors find their place.”

Mike got intimately familiar with America’s healthcare system when he was diagnosed with cancer the summer before his senior year of college. “That experience ignited a fire in me that was just kindling before. Being a 21 year old cancer survivor, I was acutely aware of the fact that it cost around 1$ million dollars to keep me alive.”

Mike’s turn to the system was an expensive--and lucky--endeavor. He recognized that many did not make it out alive, and those who did came under great financial, emotional, and physical strain years after they beat cancer. He recalls, “it was one of those friction points where fundamentally I believed in the country I live in, people shouldn’t go bankrupt from bad health and bad luck.”

Mike’s carried that struggle with him through every race as he ran, biked, even canoed for charity events and to keep in shape. Physical activity has breathed new life into him, he says. “My outlet was through athletics. Just because you’re diagnosed with cancer doesn’t mean it’s the end of being active. You aren’t prohibited by your diagnosis.” Mike has since completed two half Ironman triathlons.

Now Mike’s eyeing a new sphere that he feels deserves more attention: environmentalism. “We need more awareness in the political sphere and private sector about pollution and human impacts on the environment.”

Until another exciting opportunity presents itself, Mike has advice for anyone looking to get the most out of their days: “Enjoy life. You only get one.”

FactSumo has a perfect deck for Mike, and you can see it below. He chose to go with MLK because, “leaders like him are of enormous value in teaching the importance of the collective voice. If people don’t advocate, nothing changes.” 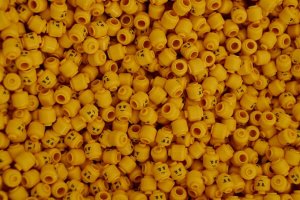 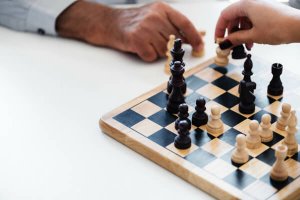