The History Of Octavius Valentine Catto

Octavius Valentine Catto, an influential African-American leader in Philadelphia, worked tirelessly to help the U.S. realize its founding democratic vision and to provide equal rights for all. He successfully protested the segregation Philadelphia’s horse-drawn trolleys, fought to pass constitutional amendments enfranchising black citizens, and worked to bring new black voters to the poll. His athletic side also worked to integrate baseball.

Being a professor, tutor, athlete, and an activist, his fight for African Americans to be truly free in the wake of the Civil War was legendary. In 2017, he became the the first African-American to be honored in Philadelphia with a public memorial.

Early Life
Octavius was born on February 22, 1839. His father was a minister and a millwright (the equivalent of a civil engineer) and his mother was a descendent from Charleston’s most distinguished mulatto families. Although he was originally born as a free man in Charleston, SC, South Carolina is an enslaved state. His father then brought the family to Philadelphia when Octavius was five years old. Upon arriving, they noticed that the city was dynamic, and full of politically active and free black communities.

There, he was given an excellent education and in 1854, he was accepted to the Institute for Colored Youth (later known as Cheyenne University). Graduating as valedictorian, Catto simply excelled in school. Later on, he became a tutor for Greek and Latin, and eventually became an English and math teacher at his alma mater.

Influential leader
By the time Catto was in his 20’s, he was one of the most influential leaders in Philadelphia. The Civil War sparked his ambition to become an activist to abolish slavery and fight for equal rights. Together with Frederick Douglass, Octavius and others formed a Recruitment Committee to sign black men up for the Union and emancipation.

Serving as a major during the Civil War, he continued to recruit black men for the United States Army and was a member for many different political groups.

In 1863, the Confederates attacked Pennsylvania, now known as the Battle of Gettysburg. Catto called for emergency troops, the 5th Brigade of the Pennsylvania National Guard.

In 1864, he met at the National Convention of Colored Men in New York and established a National Equal Rights League, with Frederick Douglass as president. It focused on removing racial barriers.

After The Civil War
Upon the end of the Civil War, Catto fought to desegregate horse-drawn street cars. While continuing to work towards pushing the 15th Amendment, he also founded and was captain of an all-black baseball team in Philadelphia. The reason he had to fight for such basic rights was because although he was free from enslavement, he was not free to play in an integrated baseball team or ride in horse-drawn street cars. He also focused on increasing educational opportunities and voting opportunities for African-Americans.

Ratifying the 15th Amendment
The 15th Amendment allowed for African Americans the right to vote, and by October of 1870, that amendment was ratified. However, because of the hatred and violence that this controversial amendment sparked, Octavius Catto was shot to death on the first Election Day that African Americans were allowed to vote. Catto was only 32 when he died, but his legacy and hard work lives on.

His Monument Today
It seems as though Catto’s legacy was erased from history, which is why the City of Philadelphia has a monument of Octavius Catto. The bronze monument, sculpted by Branly Cadet, stands at City Hall in Philadelphia. It is the first public monument in Philadelphia to honor an African-American man. For all that he has done for his community, in such a short timespan, he deserves to be honored in the City of Brotherly Love. 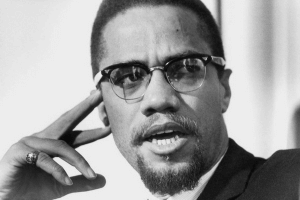 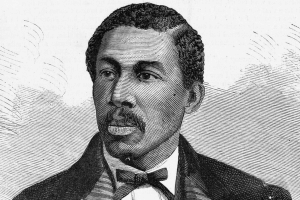 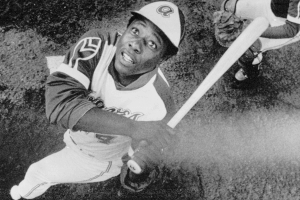