A look inside one of earth's deadliest natural forces

Volcanic eruptions are some of the deadliest natural forces in earth’s arsenal. But what causes volcanic eruptions? The study of volcanoes, dating back to ancient Greece, has helped us figure this out. Because of volcanologists continued work throughout history, what causes volcanic eruptions is nothing new to us. However, this doesn’t mean we have effective means of timing and predicting these eruptions. In fact, accurate predictions are limited, as is the case with other natural disasters like tornadoes and tsunamis.

To understand how volcanic eruptions occur, it’s important to know about pressure and space within a volcano. What’s going on under the surface? Magma that has different, uneven compositions finds its way to the surface due to the nature of gases and substances. Magma is a buoyant substance, meaning it rises when exposed to pressure. Therefore, because heat rises and magma is lighter than surrounding, cooler rock, this fluid material will vent upwards into the surface.

The exact composition of magma can vary. For example, a higher water content will increase its chances of rising to the surface because of air bubbles that form from exsolving water. The ratio of gas to magma builds, generating rising pressure as the magma rises to the surface. The result? An explosive, gas-propelled eruption!

Another constraint involves space. Ducts containing magma below the surface have a limited area to fill before they are forced to the surface via surrounding pressure. If magma from another duct or subduction zone infiltrates an already-full magma chamber below the surface, the result may be an eruption.

Different types of volcanoes have varied effects on lava eruptions. For instance, shield volcanoes like the active Kilauea volcano in Hawaii, tend to produce slower-moving lava because of their gradual slopes. Stratovolcanoes, on the other hand, have more violent eruptions because they contain more volatiles (such as water), and their slopes are more exaggerated. Thus, stratovolcanoes have faster, more deadly flows of lava when they erupt.

Despite differences in volcanoes, they are both still formidable forces of nature. 1816 was called “the year without a summer”, because the eruption of Mount Tambora a year earlier caused a volcanic winter, lowering temperatures enough to cause widespread famine in the entire Northern Hemisphere. Studies and observations continue within the scientific community in an effort to aid disaster preparedness and relief, but accurate predictions of volcanic eruptions remain a mystery for now.

We hope you enjoyed this post on volcanoes and what causes them to erupt; check out our deck on the volcanoes of Hawaii here! 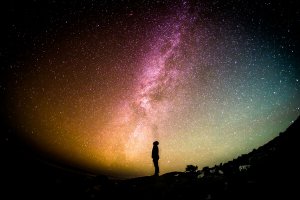 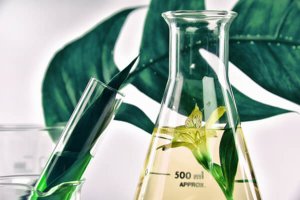 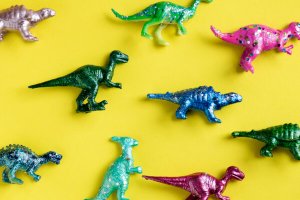